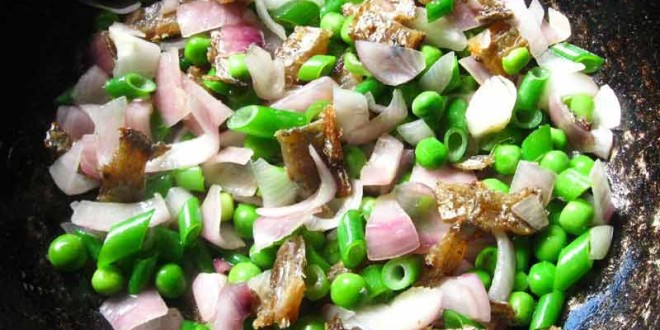 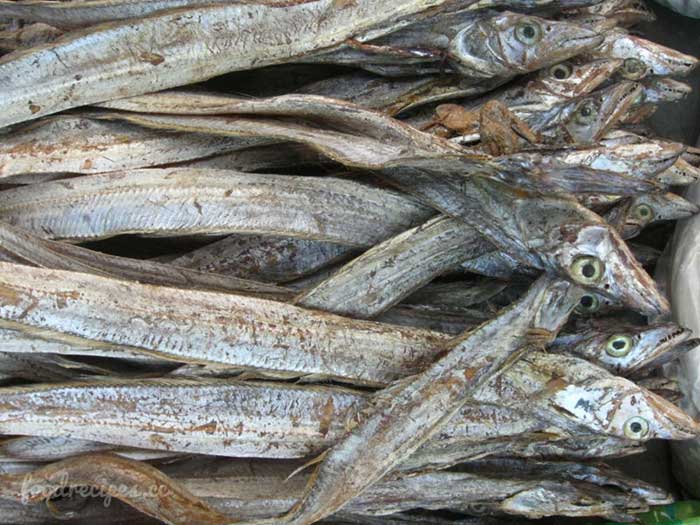 So it was this bright, sunny Sunday morning which I had kept totally free to spend some leisure time on my own. At least, that was my idea. But then, when I woke up in the morning looking forward to it, I found myself absolutely clueless about what to make of this morning which looked fine otherwise. So yeah. That was the dilemma. Now, when I finally had the time to think things over – you know – I had no clue anymore what I wanted to think about. Or what is it for which I wanted to keep this Sunday free, for that matter. Thoughts like this ran through my head for some ten to fifteen minutes (which is a considerable amount of time in this case) while I tried to figure out what I was gonna do as the morning seemed to stretch longer and longer till this self-inflicted position that I was in started to become impossible (quite intolerable actually) and then, it happened. Yes, right then, an idea that would save me from my ordeal popped out of my head and voila! My feet would suddenly start to work on their own and take me to the kitchen, where I would open the refrigerator and take out all the cooked stuff that was there and then I’d start gobbling it up as if my hunger, all of a sudden, had doubled. Okay. Snap. Enough rhetoric, no?

As I was sitting idly this Sunday morning, it suddenly stuck me that it’s been a while that I’ve gone out with friends or with anyone else for that matter. It had been a very busy week for me with loads and loads of work, and I spent most of it inside office rooms, in front of the computer than anywhere else. So I thought of calling some friends over to my place and having a nice time. But before that I had to see what I could prepare for them to have for lunch. As quite expected, I had nearly nothing to prepare something with (who gets time to buy foodstuff when he is working?) and I was too lazy to go out to the market. I decided to order the lunch from a nearby restaurant. Wholesome Indian food. Not bad. But then, I spotted some good dried swordfish in the refrigerator and some green veggies and I thought, why not make some nice, quick salad with it? Yeah. That would be great! And there I was, with my knife, some good dried swordfish and some green veggies in my cook-mode. So, that is, more or less, how this salad got made.

Here’s the recipe for you: 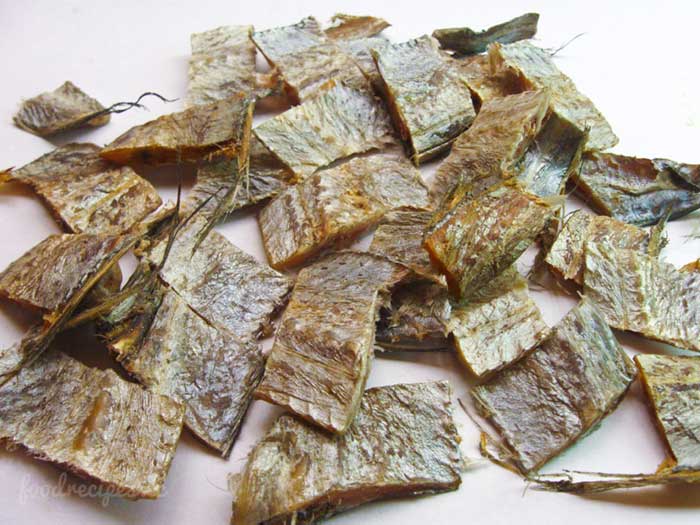 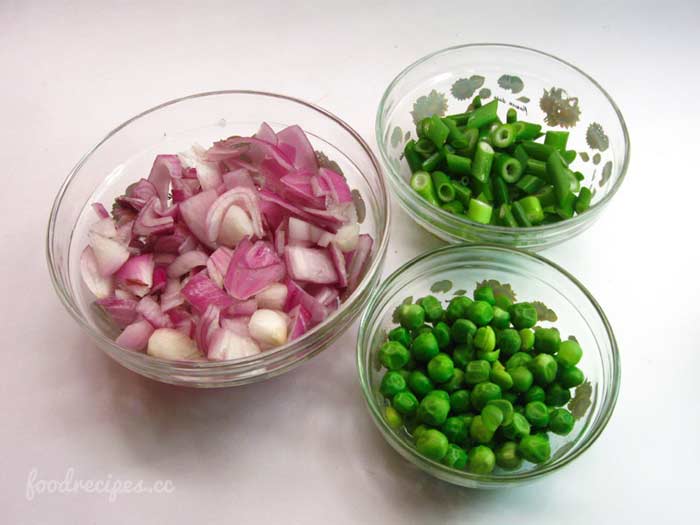 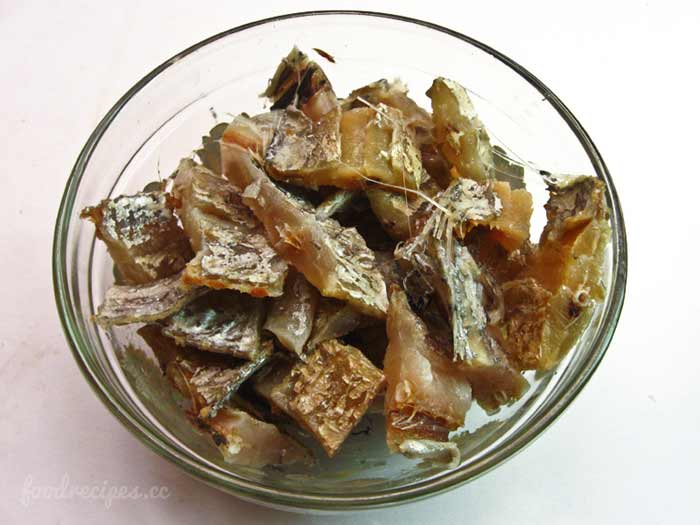 Soak the dried fish at least for 30 min in warm water. Heat oil in a wok. Fry the soaked dried fish for 3 min. Add the chopped onions, green onions and boiled peas. Add salt as per taste and let it fry for 1 min more. Your Dried Swordfish Salad is ready! 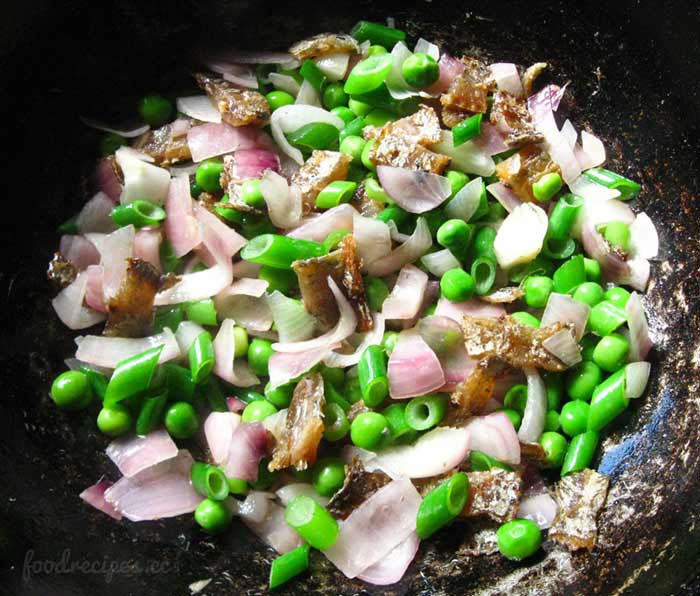