Home » On The Road » Poush Mela and Malai Kulfi: A story in two parts 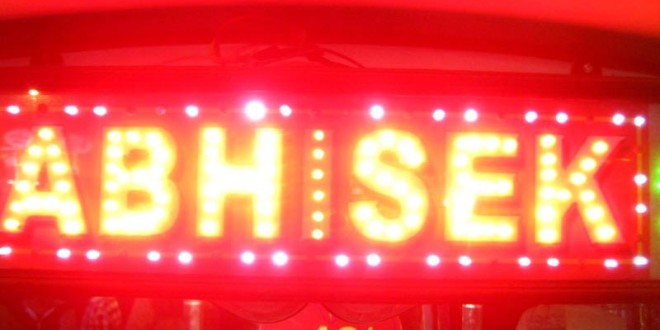 Poush Mela and Malai Kulfi: A story in two parts 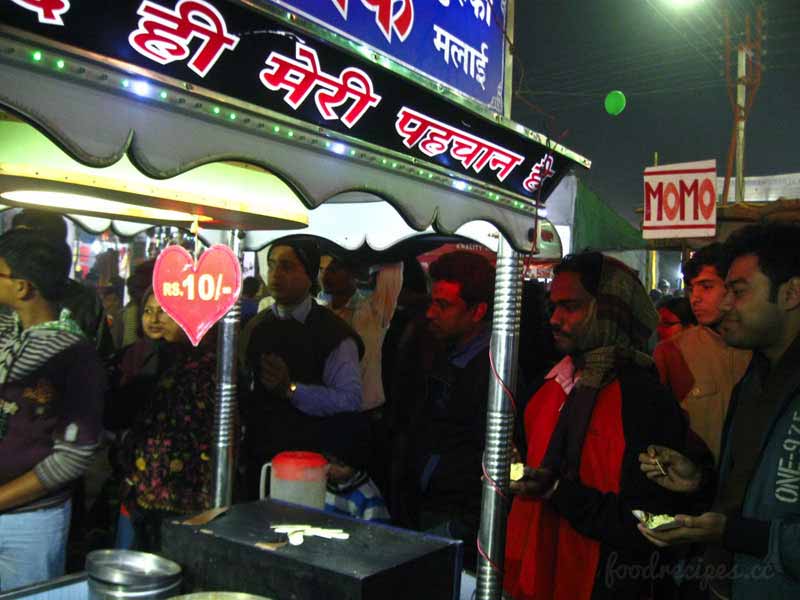 Part I: The Mela

It was on our list of places-to-go-this-year for a long time. Then it made it to the places-we-have-to-visit-this year list. Finally, as December started to pull towards an end with the new year approaching, we packed our bags, readied ourselves and embarked on a journey we’ve been expecting to undertake for quite a while, that is, we left for Bolpur. Bolpur is just a mere 150 kms away from Kolkata and a slew of trains are available from Howrah Station to Bolpur. The journey takes close to four hours by train.

Lying in the district of Birbhum, the place was first taken notice of, when in 1901, Rabindranath Tagore set up Shantiniketan and decided to make it his home for the rest of his life. Thereafter, he would set up a school, a university and a centre for agronomic and craft studies and invite his family, friends, artists and scholars from all over the world to make it a place for dialogue and exchange of ideas. Shantiniketan, thus, became an internationally recognized centre of education and learning.

The other attraction in Bolpur is the Poush Mela (“mela” literally means “fair” and Poush Mela is a very famous fair and festival that is celebrated every year in Bolpur, after Poush Sankranti, which is traditionally celebrated as the harvest festival in this part of the world). Started by Rabindranath Tagore’s father Debendranath Tagore, the three-day carnival is now thronged by visitors and tourists in thousands from nearly all the neighbouring districts and states.

As we reached Bolpur, the air grew chiller. And we were not the only ones. As expected as it was, hundreds of others like us had boarded the same train to Bolpur. When we got off, not a single empty space was to be seen on the platform. It was as if the whole train had been emptied in Bolpur. It might have been so, actually. And what we saw was only a slight glimpse of the crowd that was going to be at the carnival, as we came to know it later on.

That, my friend, is how Bolpur is like during the carnival. Thus spoke our friend when we met him at the University at whose place we were to stay during the whole time. 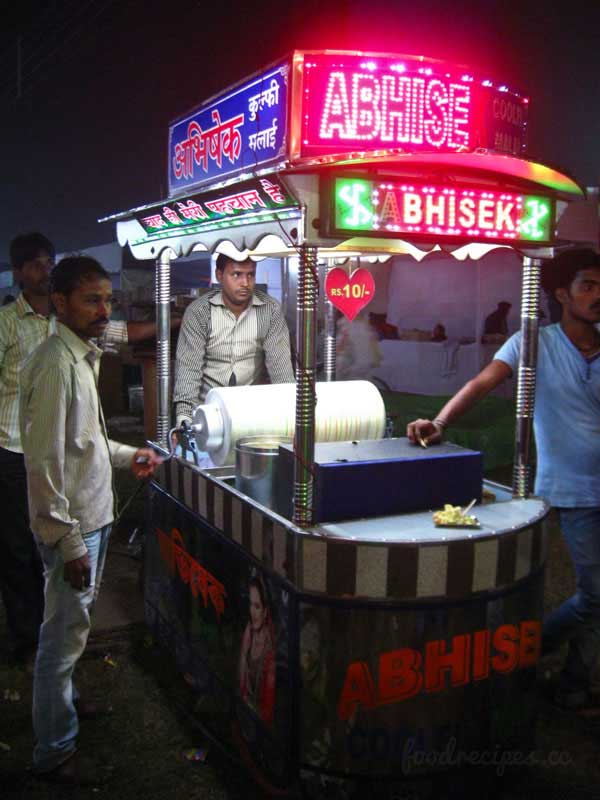 So what exactly is this ‘Malai Kulfi’? What on earth is that man doing, bringing his knife only so much close to the surface of this cylinder, whirled in superfast speed by this person (which seems to be the only part he has to play in the process), so as to make small strands of something that looks like a thicker version of rice noodles? 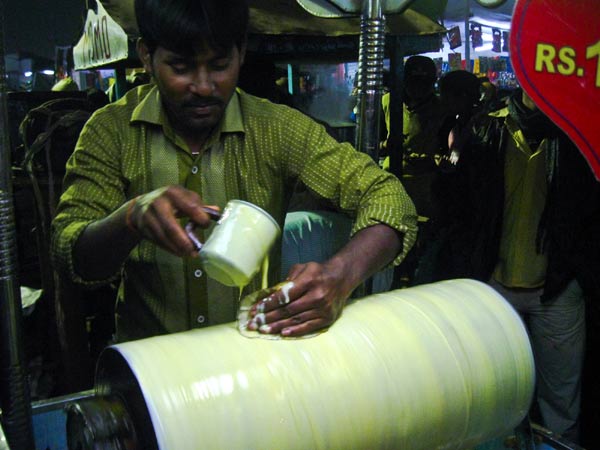 ‘Malai’ is traditionally prepared with milk, custard, sugar and cinnamon and has a creamy thickness. Kulfi is, well, our very own desi frozen dessert made with malai. 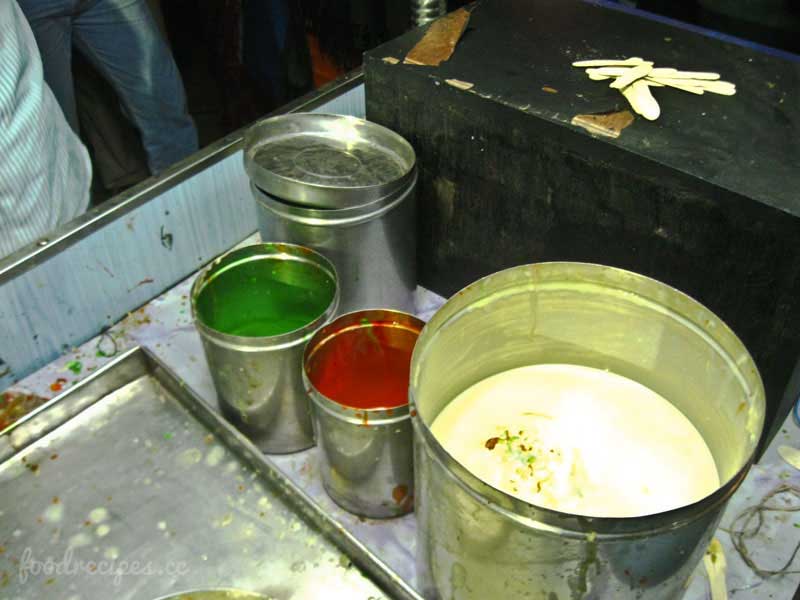 Now, the process and why this man had to spin the cylinder so fast.

The cylinder is tightly filled with ice mixed with salt and spun at high speed to maintain the cold temperature and so as to not let the malai melt. After the malai is poured evenly over the surface, a coloured flavour is used like this: 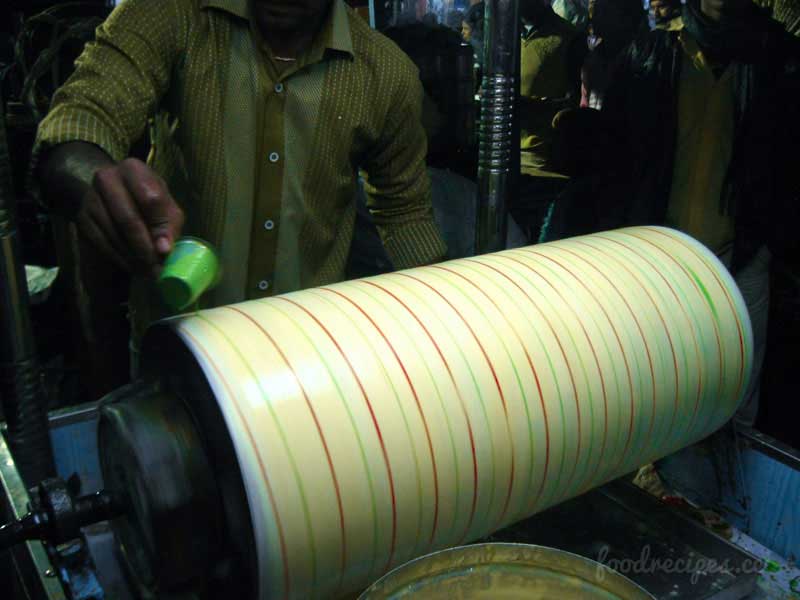 Finally, small strands of it are made using a knife and served in a paper plate. 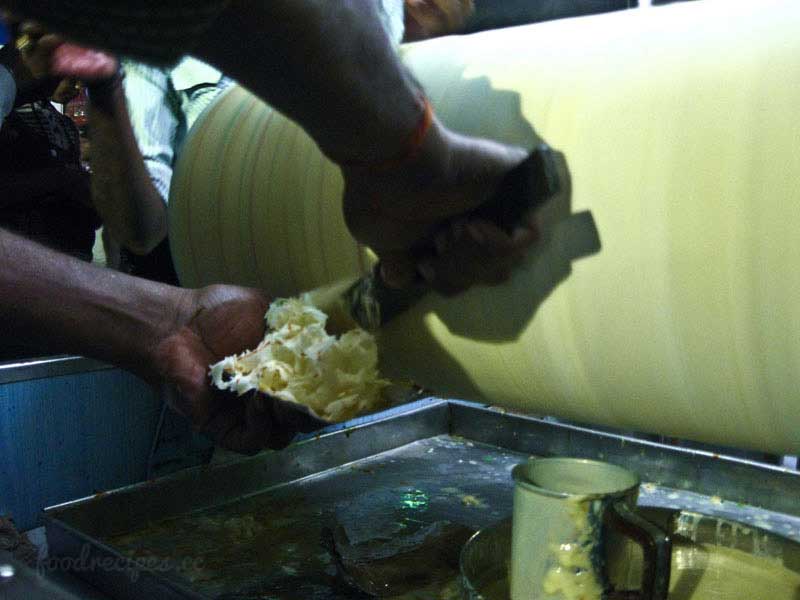 Rarely seen on the streets of Kolkata (or even elsewhere I’d say), this delicious dessert is found only in such carnivals and, all of this, for rupees 10. Could it possibly get any better than this? I’d not even bother to think.

Mathura Cake from the land of temples