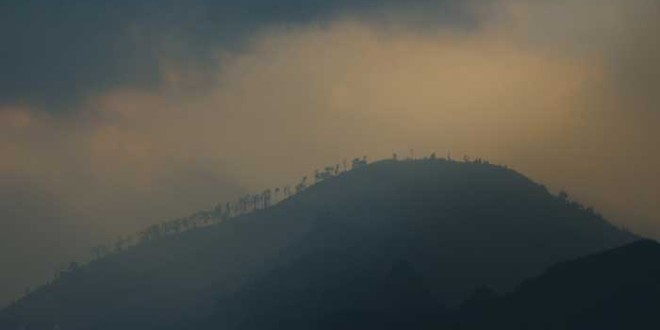 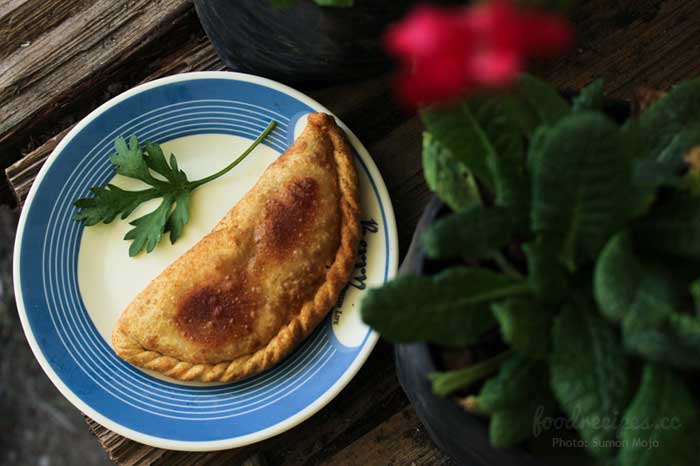 I have always been fascinated by mountains and hills. Time and time again, I find the mountain-side drawing me towards it. And each time I visit the mountains, I learn something new; something I’d never known and come back with fresh memories to cherish later on. This time, it came in the shape of a soulful experience of the Himalayan cuisine and that too perfectly homemade. Imagine that! 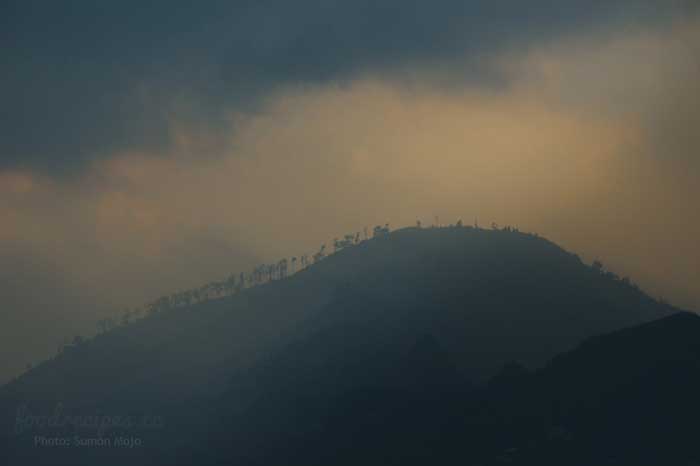 I was travelling to Kalimpong in Darjeeling District, North of West Bengal, not exactly to the main city but the lush green villages surrounded by the hills. We were heading towards Algara. There is a very small village called 10 Miles. Like the other villages that are situated near the hills, 10 Miles is also a green haven and is abounds in orchid which is a typical flora of this part of the world. Almost every other house has their orchid garden. Perhaps, it’s the vibrant hues of the flower that keeps the villagers cheery and blessed, without any I-phone or gizmos. 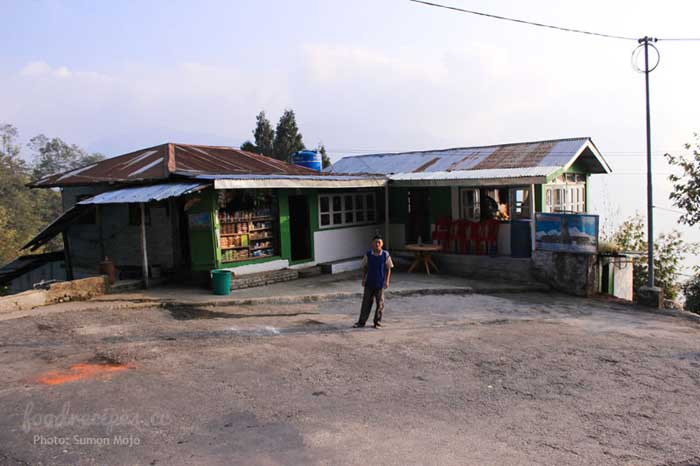 Here, my friend Kashi and I were invited to the house of ‘Mani Didi’. We ended up staying here for 5 days although we’d planned to stop here for only 2 days and then move on to trek in the nearby hills. And we had enough reasons to do so, the most important being the delicious food that Mani Didi would cook for us everyday and the imbuing calm of the hills. Mani Didi is a homemaker and lives with her parents and three teenager kids of her elder sister. Every day, we’d decide to travel further and Mani Didi would come and tell us, “Look, I’m cooking something special today” and thus, notwithstanding the delay, we’d end up staying another day.

Mani Didi is a fabulous cook. With her own magical herbs and ingredients she would create a world of rich and savoury flavours that would titillate our appetite and make recipes that kept us licking our fingers. One evening, she served us something that we would ideally mistake for a paratha and that’s what I thought it was until I had a piece of it, and realized that it wasn’t actually a paratha, as we know it. “It’s called Fale” she said. And at that very moment, I knew I had to learn that recipe from her and so I asked her to teach me to make Fale and was instantly welcomed to her kitchen. Here’s how I learnt to make Fale:

Well, Fale is basically a vegetarian dish but can also be made with meat. Originally, it’s a Nepali-Tibetan recipe and although it’s not as popular as Momo, Fale is a hidden treat in Himalayan cuisine. So here it goes. 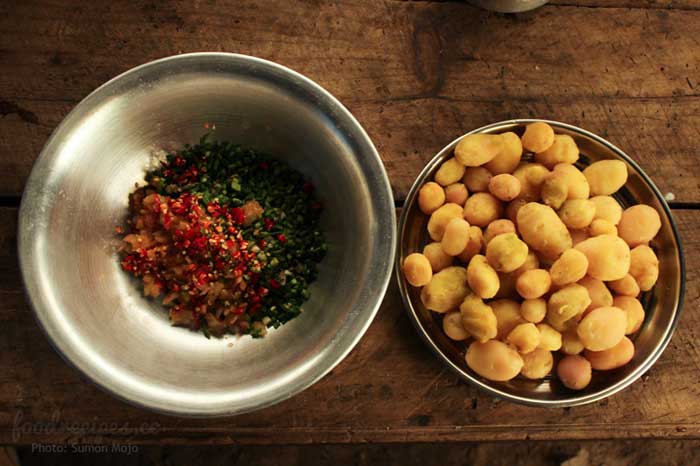 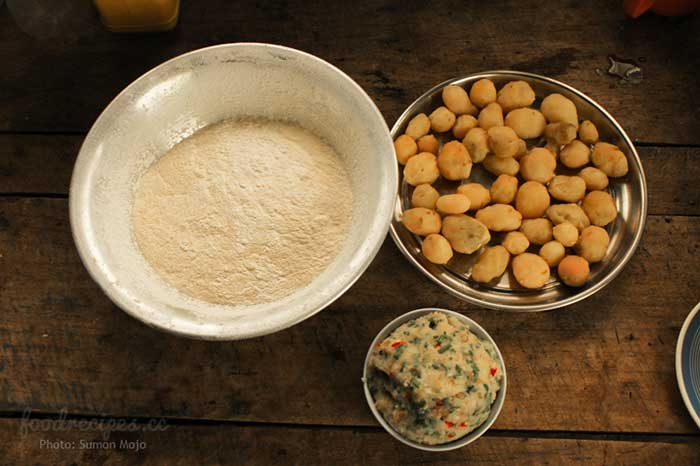 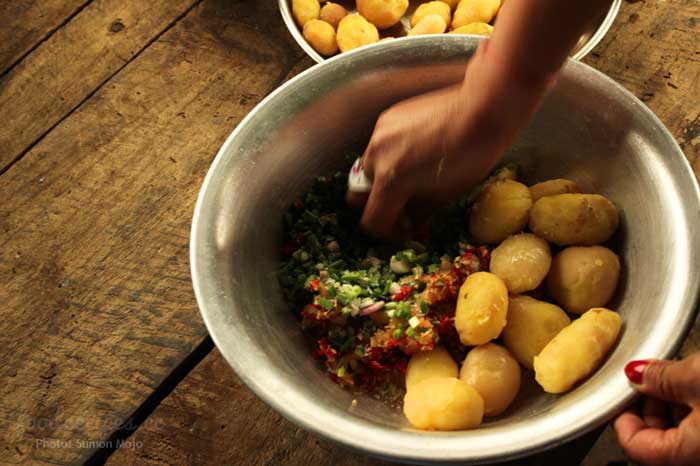 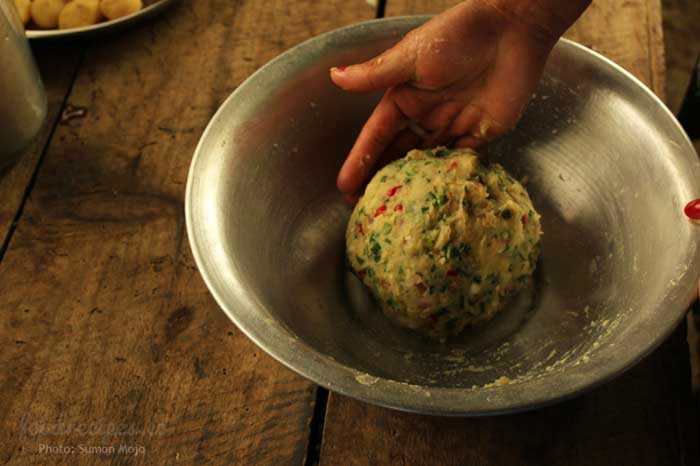 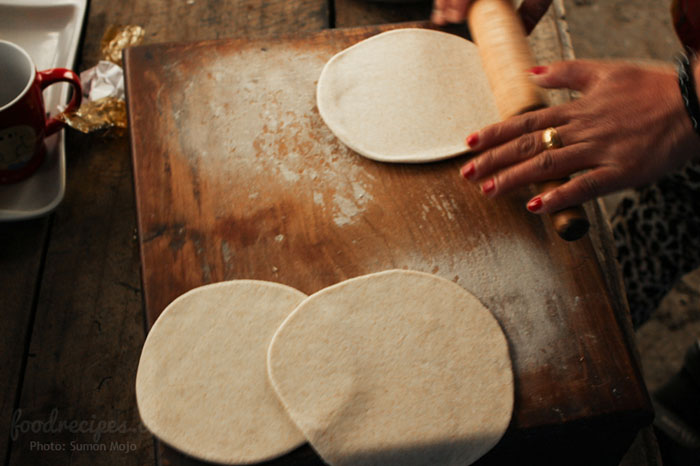 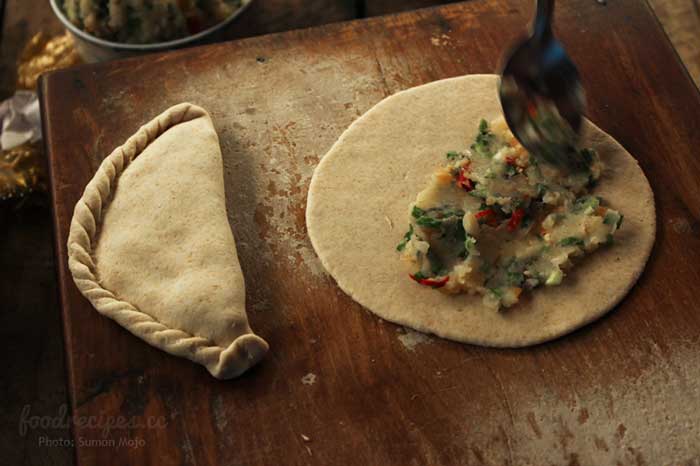 Preparation:
First, boil the potatoes. If it’s meat, then cut it into small cubes before boiling. Chop the other ingredients. Smash the boiled potatoes/ meat and mix it with all other ingredients like chilies, lemon grass, ginger, onions, coriander leafs and salt.

Knead the flour with water. Then make small round Chapatis and stuff them with the filling of potatoes/meat. Make sure you leave some room to fold the ends after the Chapatis are properly stuffed in. Twirl the sides to make sure the filling doesn’t come out while frying. Then heat oil in a frying pan and fry it till it gets brownish in color. Your Fale is now ready to serve. 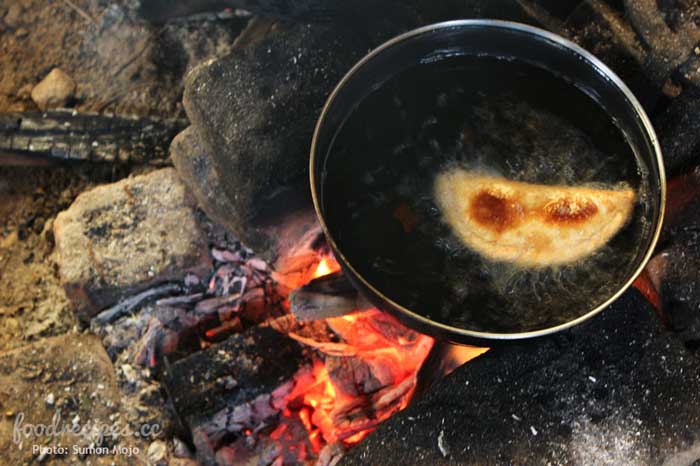 Now a little twist from my end. You can also make this sauce and serve it with Fale. Here’s is it:

Preparation:
Roast the chilies and garlic together and make a paste. Add lemon grass, lime juice and salt and mix well. How long did it take? Half a minute, hardly? And your delectable sauce is ready to spice up your Fale!

Sumon Mazumder is a film maker, traveler, musician and of course foodie. He travels and finds character with a story. Also food with a story. Cooking is his hobby which he does with a small fusion twist. He believes every food has a history and a story. And he is on his journey to discover them.